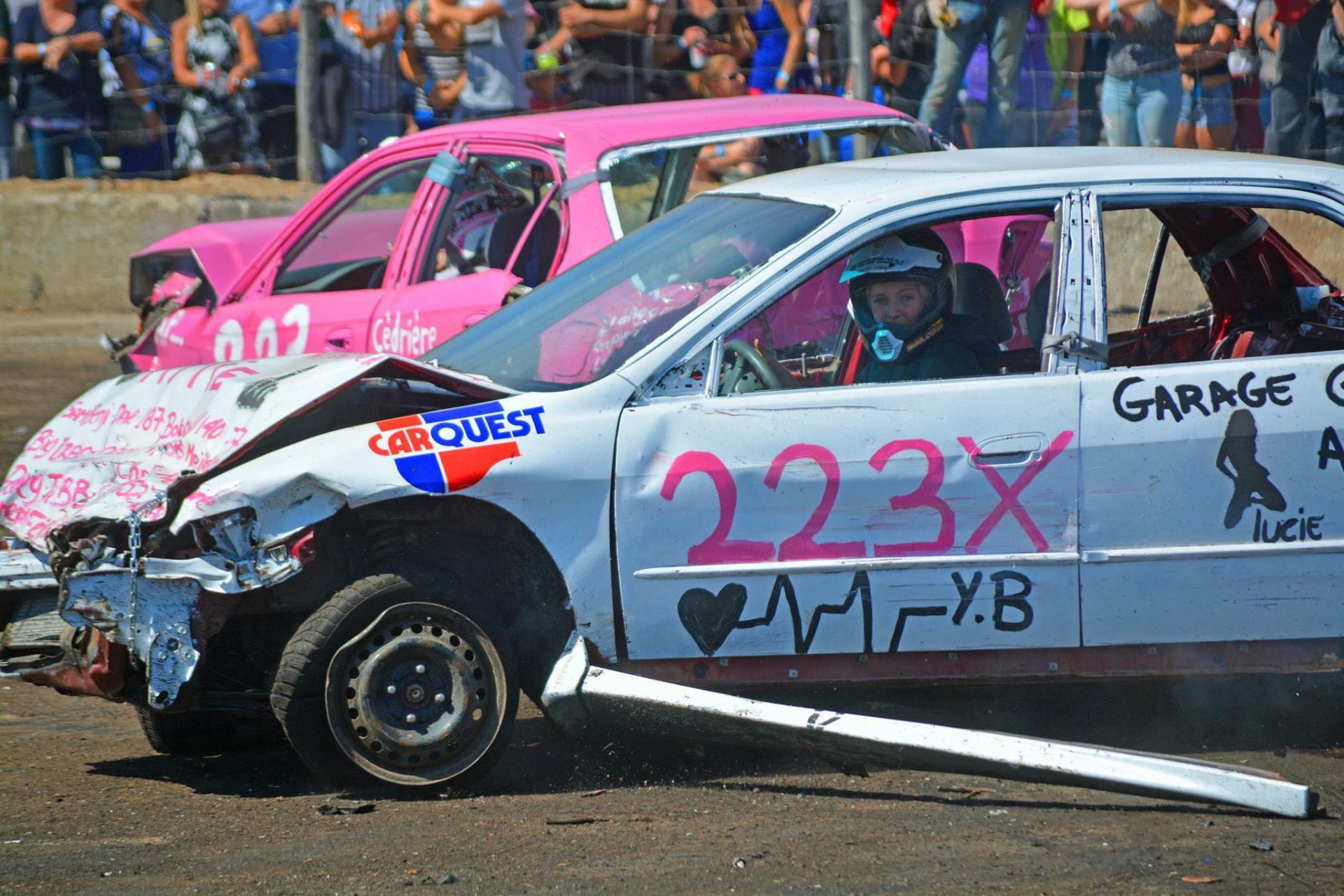 Home Cars Arlie Bélanger: FAN OF THE MONTH OF JANUARY 2018

Arlie Bélanger: FAN OF THE MONTH OF JANUARY 2018

In order to start the year 2018, I have the pleasure to deliver you the first article of the “Fan of the month” segment! You probably remember the contest organized to find our most devoted fans? (Actually you can still send us your application; 11 months remains to this year!) Well, now is the time to introduce our first winner. We start in force with a beautiful girl who is not afraid of anything!

Arlie Bélanger, 21 years old, lives in Saint-Damase-de-L’Islet, Québec. This young bookkeeper passionate about ATV and snowmobile, “ride” her Polaris Predator 500 2004 and her Polaris PRO-R 2012 with passion. She learned to drive as early as 4 or 5 years old, as soon as she was able to hold the handles of the little snowmobile that her parents had bought for her and her brothers. They even kept it in memory, and it still works “cute”!  This said, Arlie is clearly a Chicks And Machines. But according to her, she is a real C & M due to her first passion: the Derby!

A demolition derby is a set of car races where used and already damaged vehicles are destroyed. It’s a pure stock-car game, in which the race takes second place behind the action. Many hours of preparation are needed to make the vehicles resistant for racing.

That is to say, it is necessary to remove everything that is inside the car to leave only the driver and passenger seats, the fuel tank and the battery. Several other mechanical modifications are also made; modifications that Arie loves to do with her friends, her boyfriend and her father! She puts a lot of care, because the more time you spend preparing your vehicle, the better your chances are for reaching the final! Then, when the cars are ready and the race begins, the demolition is launched. The rule of the race is simple: the last car in place wins. With an average of 15 to 20 minutes per race, and a number of cars on the track ranging from 4 to 10, I let you imagine what it looks like!

The first, second and third positions win the award. Fortunately, if you have not had the chance to place yourself in the ranking, you can still try to qualify in the “Free for all” race. It’s a race where you can still participate, after having summarily repaired your car, to reach the grand finale.

Perhaps you wonder where this very special passion arises from the beautiful Arlie? Well, it comes from her father. Since her childhood, Arlie sees him doing car races and she sees him, still today, driving his demolition car. He also helps her when she needs advice and even answers her questions while in the north, where he works. That’s why for two years now she has been driving her own cars. At home, it’s really a family affair! Her younger brother is also a derby, and her big brother and her mother follow all the races with enthusiasm. What’s better than living one’s passion surrounded by the people we love the most!

It’s a question of “feelings”

When you ask Arlie why she likes derby racing so much, you get a clear answer: adrenaline! When the first shock occurs, that’s where she enters the game for real. Because before that, believe it or not, she is so relaxed that she falls asleep! Let me explain; sometimes she must get up very early when she participates in certain races depending on where she is going to go. So due to the long hours of preparation, just before the action starts, it happened that she has fallen asleep! Honestly, at this point in the interview, I laughed!

We’ll say it, it takes “guts” not to be stressed before a demolition. Fortunately, she does not miss it! What’s most stressful, she says, is when she looks at someone she likes racing when she’s just a spectator. Now she knows what her parents and friends probably feel when they watch her go!

Winner all the way!

In addition to having fun in every race, Miss Bélanger is excellent in what she does! In five races, she won three times the 2nd position and once the 3rd position. She has something to be proud of! She participated in the Saint-Damase Chicken Festival demolition derby (https://www.facebook.com/Festivaldupoulet/) as well as at the St-Lucie-de-Beauregard Sports Festival (https: //www.facebook. com/festivals-SportingdeSainte-Lucie-de-Beauregard-640989375925366/). For next season, she plans to be back at both events, and possibly add more races to her schedule. Nothing will stop her!

Will you recognize her?

If you ever go through her part of the country and attend a race, it’s easy to recognize her: besides being a girl, being blonde and beautiful; she drives a white car with two colored doors identified with # 223X. For our part, maybe girls from Chicks And Machines will be there in 2018, who knows ..? 😉

And you, will you be there?

Avoid the Pressures of Salespersons

2021: Christmas gift ideas for a trucker