If you would like to experience the worldwide unveiling of the new models virtually, this is the place to be: https://www.youtube.com/c/harleydavidson/videos 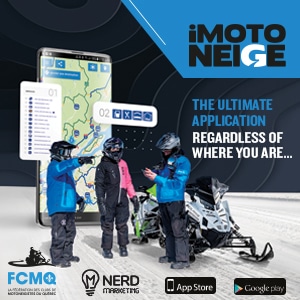 For a few weeks now, H-D fans have had access to some information about the new models.  The current models were already revealed.  New year, new colors!  The Reef Blue color, created by HD, is omnipresent on several models, as well as the Redline Red color.  Don’t worry, the inevitable Vivid Black color is still present on almost all the models.

A new H-D model that will not go unnoticed on our roads this summer is the West Coast style Low Rider ST.  The model reminds us of the good old days of the FXRT model from the 80’s or even the old police bikes from that same era.

The fairing became fashionable again a few years ago, when several young new stunt riders made the buzz on the web by sporting this front end on their bagger or dyna bikes.

The bike comes standard with the Milwaukee Eight 117 cubic inch engine!  Bring on the power! This new identity is the perfect combination of a touring bike and a cruiser bike.

The bike is a bit of a hybrid between the Sport Glide and obviously the last years version of the Low Rider S.

The bike will be available at your local Harley-Davidson dealer in April.  After only a few hours of the presentation of the new models, reservations were pouring in for this one, at least at Leo Harley-Davidson.

A word of advice, reserve yours quickly, as quantities will certainly be limited for the first year.  The bike is available in two colors, Vivid Black and Gunship Gray.

The Low Rider S is the bike for rebels! A dynamic ride with sportbike-like agility and handling. The Low Rider S, with its 117 cubic inch engine and race-style handlebars, will appeal to new riders as well as to those who want power and a unique riding experience.

With the 117 engine, you get pure H-D sound with a soul-satisfying rumble.

Other new models are the Street Glide ST and Road Glide ST.

They have been tested on the track to make them the best performing baggers with their 117 engine.  Moreover, during the world presentation, the manufacturer emphasized this point.

Harley-Davidson and its racing team are the number one motorcycle racers in the U.S. on the oval track, including the legendary Daytona track.

These new models have several features that differentiate them from other Street Glide S or Road Glide S (S for Special) motorcycles.

These include a 117 engine, a higher suspension to increase the cornering angle and shorter panniers to allow the bike to lean even more. The ST models are definitely touring and sport bikes.

I invite you to watch on Youtube the Battle of the Bagger series from Harley-Davidson, which is already in its second season.

The Harley-Davidson name written on the gas tank of the new models mentioned above subliminally appeals to the past, to people nostalgic of a certain era.  The “fresh” look as mentioned by Harley-Davidson at the unveiling goes very well with the company’s new clean image.

The 2022 CVO motorcycle lineup will be the stuff of dreams for many riders this year.  The Custom Vehicle Operation (CVO) models represent the pinnacle of Harley-Davidson style and design.

They are manufactured in limited numbers and feature the brand’s expertise and craftsmanship. Each CVO™ model features the powerful Milwaukee-Eight 117 engine, stunning finishes, advanced features and exclusive components.  Each of the bikes is partially hand-painted.

Paint stripes and airbrush painting techniques are favored for these bikes.  This year the colors are bright for the five different models of CVO.  Find the following models in this unique range of motorcycles:

Of course, with a CVO model, it’s like being in first class at all times.  If you’re one of those people who like to ride with music blaring, you’ll be pleased to know that CVO models are equipped with the best of the best in sound systems.

Various colors are available depending on the model chosen, with the exception of the Tri-Glide CVO, which comes in a single color, Dante’s Red Fade. Special mention for the Envious Green fade and Blue Steel colors which charmed my eyes!

Of course, we can’t ignore the two models from last year that are still relevant in 2022, including the Pan America. Last year, the Pan America shattered the competition in this segment, but more importantly, it amazed the brand’s die-hard fans.

Harley-Davidson did its homework before presenting this daring model, or at least one that was off the beaten path. Special mention to H-D who will have several additions to their Adventure clothing line.  Motorcycle enthusiasts will have more choices and the superior quality will still be there.

The Revolution Max engine originally developed for the Pan America motorcycle is also used in the creation of the Sportster S motorcycle.  An iconic model that has reinvented itself since its inception in 1957.

If previous years are any indication, we can expect more surprises from HD this year. As tradition dictates, each of the HD models comes with an array of options that you can modify to customize your bike to your taste or image. You can opt for a 131 cubic inch engine in your bike or simply have your grips changed.

Various new accessories were also introduced in the last few hours, such as new seats for fans of the Dragster look, the Onyx Fly and Ride bag collection and the Flat out Bar for Softail bikes.

At the end of the video, Bill Davidson, the well-known VP of the Harley-Davidson Museum, proudly mentioned that the world-renowned H-D brand will celebrate its 120th anniversary in 2023.

The festivities will take place in Milwaukee itself. There will certainly be other celebrations around the world, but that is yet to be determined.  Will you be part of the celebrations?  I personally can confirm that I will be!!!  H-D events are great, you don’t want to miss it!

Another big year for Harley-Davidson.  Don’t hesitate to come and discover the new models that are already available at your authorized Harley dealer. And a little friendly advice, don’t hesitate to buy the bike of your dreams!

Until then, it’s okay to dream!

I am the Legion kit by Fox

Snowmobile:The Essentials to have in your travel bag