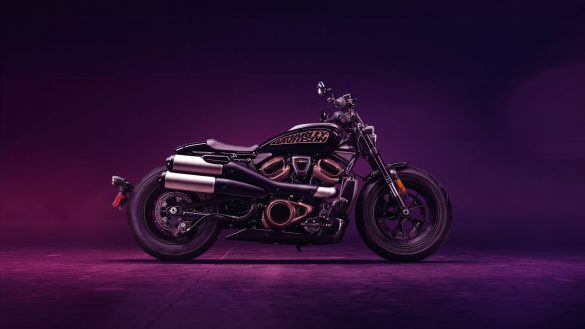 Power and performance lovers, here is a new Harley-Davidson motorcycle that will impress you!

With the reveal of the Pan America motorcycle and the new Icons Collection, it’s safe to say that Harley-Davidson has been in the news a lot this year.  Once again, Harley-Davidson raised the bar by teasing us for nearly three years about a new custom-style model that would mark an important turning point for the Motor Company.

On July 13, Harley finally announced its new Sportster S model, which is part of a new sport category for the brand. A bike that will turn many heads on the road this fall.

This bike is ideal for people who want to push their limits. The first models of this new Harley-Davidson model will appear during the fall in Quebec, in limited quantities for this year.

The launch was worldwide: even the Harley-Davidson dealers discovered the specifications of this new bike at the same time as the public. This time, the launch video was partly shot in Scotland, the home of actor Ewan McGregor, who also participated in the launch video with Bill Davidson (whose ancestors are Scottish):

Beware! Watching the images from the launch might make you want to buy a Sportster S motorcycle or go to Scotland and ride around! The landscapes are wonderful and the curves will make you want to twist the grip.

The Sportster S motorcycle features Harley’s revolutionary new Revolution Max 1250 engine, the same engine that was launched on the Pan America. A V-twin engine that is likely to become as legendary as the other engines that have made the brand’s history. Revolution Max is a liquid-cooled powertrain with double overhead camshafts and variable valve timing.

Inspired by the flat-track racing that put Harley-Davidson on the map in the first place, the exhaust pipes are made of corrosion-resistant stainless steel and designed to redirect exhaust heat away from the legs of the rider and passenger.

FROM EVOLUTION TO REVOLUTION

The bike now has several technological features, such as a 4-inch round transistor LCD display with Bluetooth®: digital gauges, indicators, riding modes and detailed navigation with the Harley-Davidson® app.

The Sportster S has three riding modes that you can choose from: Sport mode, road mode and rain mode, a technology that was originally developed for the Livewire electric motorcycles. The bike also has ABS brakes and traction control system for a better control when cornering.

The Sportster S starts at $17,999.  Of course, this price may differ depending on the options you choose and the color of the bike you want. As for all Harley-Davidson models, a complete collection of accessories to customize your bike is already available.

The new “Wild one” parts collection is pretty bad ass for this bike. The front light of the bike is reminding of the Fat Bob. You can also add a windshield to cut the wind during your rides.

Different models of bags to place on your motorcycle are also available for your road trips, as well as different models of saddles for you and your passenger. No matter what your tastes or needs are, you will find the right accessory for your bike.

I suspect that many of you are asking THE question…

Will the bike be available for test rides?

Hurry up, because as mentioned, quantities are limited. One thing is for sure, since its launch, this new sport bike is very popular: the comments are already excellent, at least on the look. It is up to us to discover what kind of riding experience it will offer us…but I am not worried!

To continue reading on similar topics:

The Nightster returns to the Harley-Davidson Sportster lineup

A necessary piece of protection: testing the Leatt...

I am the Legion kit by Fox

The Leatt 4.5 Jacki chest protector: For a great look!

CFMoto unveil 7 types of motorcycle in...

The Nightster returns to the Harley-Davidson Sportster...